California Rambling: Worth of Water: The Benefits by John Poimiroo

The third installment in a series on the Sierra Nevada watershed which originally appeared in the Mountain Democrat, California's oldest newspaper, established in 1851.

“Thousands have lived without love, not one without water.”
-- W. H. Auden

Californians invest a lot more time and money pursuing love, than we do water. 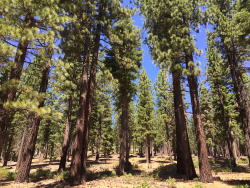 As the first two installments in this series have explained, the Sierra Nevada watershed is threatened.  It supplies 60% of the water used in California, yet a century of wildfire and forest  management practices have created a forest that is overcrowded with trees.

Those densely populated forests drink more water than a naturally populated forest would, and their tightly bunched canopies prevent snow from falling to the ground to become part of our watershed’s vital snowpack. Instead, much of the snow collects atop the trees to be evaporated or blown away.

Further, four years of drought has weakened the trees, making them prone to disease and insect infestation. Nearly 70 million trees have died.

Wildfires in these densely packed forests have increased in intensity, frequency and scale. They now burn so hotly that huge forested areas can be sanitized of living matter, leaving a barren, ash-covered, lifeless landscape that is subject to erosion.

The ash and soil beneath dead and burned forests eventually washes downstream. Sediment is deposited in streams, meadows and lakes, suffocating life and reducing water quality and enjoyment of the Sierra.

Presently, hundreds of thousands of acres of dead trees in California cannot be felled or removed, because we no longer have a timber industry. The loggers and mills have been put out of business by environmental regulations and cheaper foreign lumber.

Thinning the forest is the answer.  It would reduce water consumption, improve water quality, reduce fire danger, restore a more natural mix of trees, plants, wildlife and openings, attract recreation and tourism, revive the logging industry, and increase the amount of water available for an increasingly thirsty California.

Of 200 million acre feet of water in the watershed, trees drink 120 million. Cutting one of every three trees in the Sierra Nevada, would increase the amount of water available to Californians, industry and agriculture by 50%. 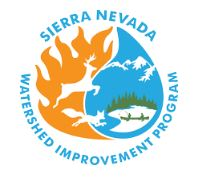 But, what would we do with the logged timber? Presently, there is no market for all that timber, even if it were salvageable and there were loggers and mills to clear it. A solution advocated within the Sierra Nevada Conservancy’s Watershed Improvement Program (WIP), is to use biomass energy plants to process the trees into renewable energy.

One source estimated that $500 million a year is needed to restore the watershed. Compared to the billions being spent on other forms of alternative energy (solar and wind) and high-speed rail, $500 million is inconsequential.  Though, unlike solar, wind and rail projects, the Sierra Nevada Watershed has few advocates or politicians fighting for it.

In 2002, the California Renewable Portfolio Standard (RPS) established that sellers of electricity seek to purchase 33% of energy from renewable energy resources by 2020. In 2006, Governor Arnold Schwarzenegger signed an executive order that the state produce 75% of its biofuels by 2050.

Biomass energy plants convert dead timber (biofuels) into power. These plants generate not just power, but jobs in construction, logging, hauling and energy production, and they help sustain Sierra Nevada recreation and tourism-based economies. To operate efficiently, biomass energy plants are small and located near the sources of timber. To build, they cost about $6 million per megawatt.

A study by the El Dorado County Fire Safe Council in 2008 established that El Dorado County has between 128,630 and 358,395 bone dry tons (BDT) of woody biomass fuel available annually for use in energy production, “more than sufficient to support a proposed (biomass power plant) in Camino between 12 and 14 megawatts.”

In neighboring Placer County, plans for a $12 million, two megawatt plant are well along. Though, progress is stalled, because the price of power is at an historic, all-time low. That prevents biomass energy from being competitive with natural gas, hydroelectric or other forms of renewable energy (solar, wind and geothermal).

Biomass power is tied to the health of the Sierra Nevada watershed and that is a factor that should be considered. Yet, that connection isn’t being made in the statehouse or White House.

One of the missing elements keeping watershed restoration from being a bigger political issue, is a study that would establish exactly how much water quality or water production has been reduced by damage caused to the watershed.

Dr. Roger C. Bales, of UC Merced, an authority on mountain hydrology, has proposed such a study. He estimates it would cost $3 million and take several years, but if completed, it would provide policy makers with a better understanding of the situation and possible solutions.

As originally published in the Mountain Democrat by John Poimiroo 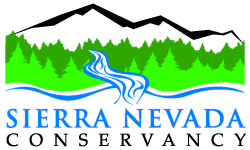